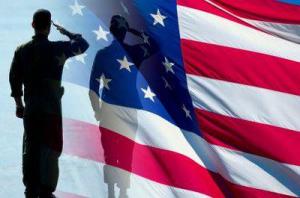 This Veterans Day, I’d like to say thank you to all of the veterans who have served and are still serving our country.  In the past I’ve had the privilege of researching several Pennsylvania veterans’ lives for various articles I’ve written and I’ve gotten to talk to members of these veterans’ families as well as several surviving veterans.   It’s been a pleasure to learn about these veterans’ lives as well as gain more understanding and appreciation for the military itself.

Instead of writing about these past heroes again, I’d like to mention a living veteran I  know personally: my grandfather, Thomas Alexander Piotrowski, Sr.

Thomas Alexander Piotrowski, Sr. was born to Josephine Pasko and Louis Piotrowski on November 16, 1927 in Liberty Borough, PA.  The family eventually moved to 13th Street in the Third Ward section of McKeesport, PA.  After the Great St. Patrick’s Day Flood of 1936 that hit the Pittsburgh area, the Piotrowski family decided to move again, this time to the Christy Park district of McKeesport where Tom grew up with his seven brothers and sisters.

After graduating from McKeesport Area Vocational Technical High in 1945, Tom was drafted into the Army of the United States (the draft force of the U.S. Army)  on February 13, 1946.  He left his job as a meat cutter at Cudhy Packing Company in McKeesport and went to Aberdeen Proving Ground in Maryland, the army’s oldest active proving ground, or weapons testing area, where he completed his basic training.  Aberdeen was where the army tested the weapons for World War II before they moved out west for testing, according to Tom.   He was in the 336th Ordnance Depot Company, which he remembers was characterized by a “flaming bomb” insignia. The U.S. Army Ordnance Corps is a sustainment branch dealing with the army’s combat power.

Private First Class Tom Piotrowski’s service only lasted 14 months.  After his basic training, Tom went to Fort Mead, Maryland where he attended service schools for both cook and mess sergeant.  He was then sent to Manila, Philippines where he served as a cook for six months, working in various places around the base – the regular mess hall, the consolidated mess hall, the officers’ mess hall and the stockade.

According to his Separation Qualification Record, “As Mess Sergeant on troop train supervised five cooks preparing and serving meals to transients.  Estimated amount of food needed and drew rations from depot.  Supervised preparation of meals on train.  Made out rations report and collected meal money from officers.” Yep, this sounds like Pap.

Tom was discharged and sent home after the World War II draft expired in 1947.  According to his honorable discharge paperwork, he received an Army of Occupation Medal/World War II Victory Medal… which he says he never received.  Yet he was drafted after World War II ended.  (This calls for some further research….)

After he returned to his home on 27th Street, on February 27, 1948 Tom married Dorothy Frances Kolodziej, a Christy Park girl from the next street over (26th Street) who finally let him catch her.  After first living with Tom’s sister Victoria and her husband, in 1955 the couple moved into a newly built house on 31st Street in McKeesport. They had three children – my mom is the oldest. 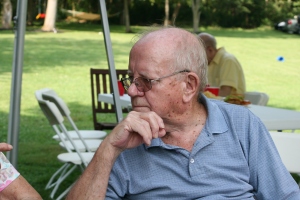 Tom got a job at the U.S. Steel National Tube Works, an iron pipe manufacturing company in McKeesport, working his way up from a laborer to senior physical tester in a physical lab.  After my grandmother passed away from ovarian cancer earlier that year, he took an early retirement in September 1984 at the age of 56, when the steel plants in the area began consolidating and shutting down.  Today my Pap is still plugging along.  He still enjoys cooking and was an avid gardener for many years.  He turns 84 years old next week.  He’s definitely seen a lot of changes in McKeesport and in the world over those decades.

Thanks for your service Pap!

“Well, a young man ain’t got nothin' in the world these days…” 🎶 Except another chance to see the greatest rock band of all time!✌🏻😎 Thank you to @officialthewho for a fantastic concert at @theschottensteincenter! 🎸🥁🎤🎻🎺🎶